The integrity and strength of our business valuation model have secured a stellar reputation for our business valuation specialists. Every aspect we use in how to appraise a business was founded on personal experience that grew out of a need. Today’s systems from Halas & Associates have been methodically tested and proven over the years. 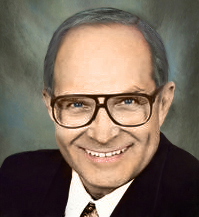 The Halas Business Valuation Service (HBVS) began in the mid-eighties through the personal experience and research of Paul A. Halas, Jr., its founder and principal. Mr. Halas is a valuation analyst (VA) and also a certified management consultant (CMC, IMC).

In 1978 Mr. Halas formed the management consulting practice of Halas & Associates. By 1981 he had attempted to secure controlling positions with several firms in the North Carolina area, but these acquisitions were not concluded for a variety of reasons. Nevertheless, one fact became clear after lengthy negotiations with owners: No practical business valuation consulting or appraisal service existed to assist with pricing businesses. Out of that realization and personal acquisition experience the Halas Business Valuation System (HBVS) was born. After considerable field testing Mr. Halas formally launched the HBVS in 1985.

The origins of the business valuation concept date back to 1954 and the IRS, which later issued IRS Ruling No. 59-60 to deal with valuation of stocks of closely held corporations. The approaches most often used to assess small business value were labeled Cost (cost of replacement), Market (sales of similar public companies), and Income (determination of future benefits).

So why consider using HBVS? The HBVS approach has been used to value thousands of businesses of all types and sizes throughout the United States and offshore. It’s been applied to a plethora of operations ranging from manufacturers, contractors, wholesale distributors, software/hardware firms, Internet firms, medical and service organizations… to retail shops, restaurants and professional practices. The HBVS comprehensive data gathering methods deal with the owned assets of a small, medium or large size business and meticulously examine the real income stream as a critical measure of recent financial performance.

Our business valuation specialists offer extensive knowledge and experience, verifiable numbers, prompt turnaround times and reasonable, cost-effective fees. Whether you are interested in selling, buying, or simply curious about your business’ value, we invite you to further explore HBVS and learn more about our unique financial service.

A biographical profile of Mr. Halas (Valuation Analyst) was initially included in the 1996-1997 editions of Marquis’ Who’s Who in Finance and Industry, Who’s Who in the World plus the 1998 edition of Who’s Who in America; and all subsequent Who’s Who editions.